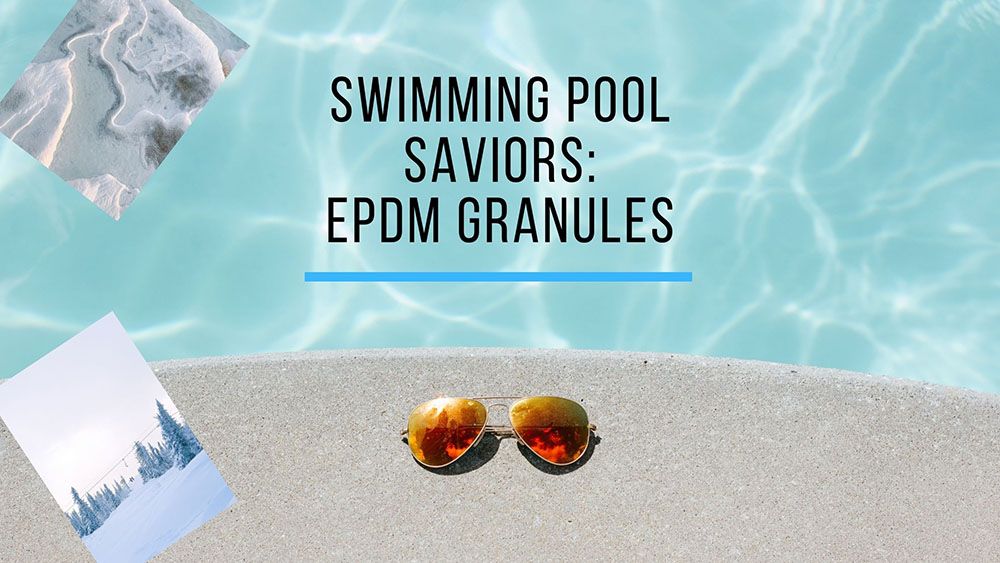 Ethylene Propylene Diene Monomer (EPDM) is an elastomer that takes notes from the book of three polymers: propylene, ethylene, and a non-conjugated diene. We find its use in different wires, roof sealing, construction, and automobile. The EPDM also plays a vital role in making the swimming pools safer by providing a cushioning layer to the overall surface. The EPDM rubber granules supplier market has seen a massive boom over the increased usage by different industries. Several market researchers found it providing a more significant chunk of contribution in various sectors due to the safety features that the EPDM provides to several surfaces.

Different markets saw a rapid growth in the global demand for different types of EPDM variants due to the increase in the usage of this material. The recent development has shown exponential elements. The USA is the leading producer of this material, followed by Japan and Korea. Many voices have advocated for an increase in the production lines of this valuable material to overcome the upcoming shortage that might result in a global crisis.

In the United States (Stats from cdc.gov) :-

The rising demand for the EPDM has made it one of the most in-demand non-tire synthetic rubber globally. The usage of EPDM on a larger scale in the industry directly dictated the demand in different sectors. The versatile EPDM range is one of the critical factors. For various years, the latest figures have found manufacturing corporates doubling their output to cater to the material needs worldwide!

The lack of rubber granules production hubs has limited the producers to fulfill the existing market cap according to the vendors' needs. The regions such as China and connecting suburbs are likely to witness a growth rate of above 8.5%, as per research data, providing stability to the Asian market. EPDM is the most loved non-tire synthesized rubber in the Automobile sector.

There was a time when the uses of this kind of material were minimum, and only industrial-grade material saw trade in different parts of the world. They have been labeled a lifesaver in various swimming activities. They provide cushioning to the surface, helping the swimmers safeguard their lives during long swimming activities. EPDM's benefit to several exteriors has made it a globally recognized material for different sports-related needs where safety is an utmost priority!

The increase in demand has reflected a massive surge in the global pricing of EPDM. When we examine the prices between 2007 and 2012, we can see the continuous wave in the global and regional markets. One of the factors responsible for this surge is the monopoly that different supplier circles have developed. There is no such competition that can force the producers to balance the rates.  The regional prices have also seen an all-time high with limited players in the market. There hasn't been a remarkable surge in the overall capacity allowing the producers to charge a bit more in the name of hidden fees and freight charges. Although post-covid-19 in 2020, declines in end-usage applications for the said material went down, 2021 worldwide EPDM market size is said to be USD 2.5 billion. It is forecasted to touch USD 3.6 billion by 2026!

According to market researchers, technological advancements are also responsible for the boom in the EPDM sector. Over different years, the techniques that have been involved in the process have shown some beneficial developments on a global scale, benefiting the industry on numerous fronts. The rapid transition of marketing tactics has forced the market players to transform the old means of production and rely on calculated decision-making with the help of different machines and related equipment.

The recent and previous market surveys indicate a corresponding link between the EPDM and the other economic activities parallel to the industry. There has been a massive surge in the growth in the related sectors making the cooperation between different companies a lot better than what it has been in recent years. The mutual economic benefit between some of the market's key players has made the landscape more saturated and congested, leaving little to no room for any other related entity. It is a known fact that the competition might push a tremendous amount of betterment in the sector. Still, it's also an observation that the congestion market helps the market players to preserve the demand and supply ratio in the regions where there's a chance of an untimely shortage. It might trigger a significant imbalance between the different supply chains that help the market thrive slowly but consistently.