Artificial Turf and Injury in Football

Artificial Turf and Injury in Football 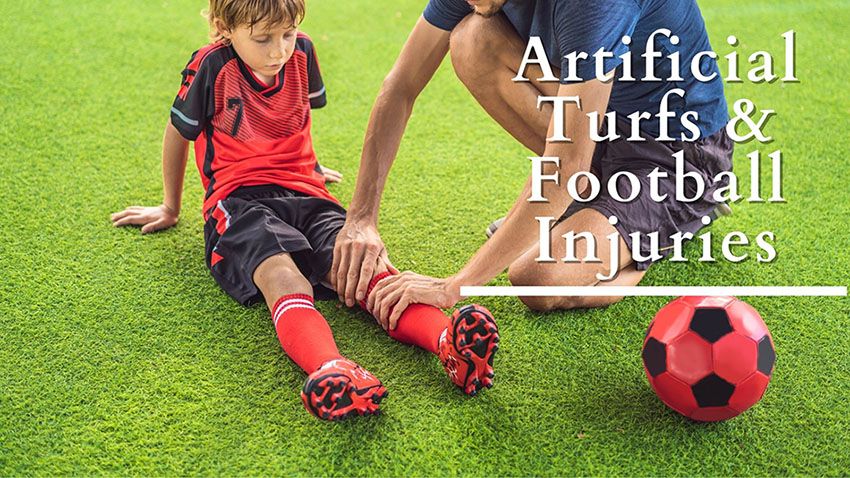 The use of artificial turf in sports like football has largely declined the possibility of a potential injury in different ways. There have been several studies by medical and sports bodies where the collective consensus can be witnessed that there has been a massive decrease in different types of injuries after the inclusion of the artificial turf, but there are different elements that need to be brought under consideration.

The replacement of natural grass with the modernized artificial turf not only brought an increase in the overall speed of the players but also helped them to maintain the balance that is needed to carry the displacement during the play. The one thing that different medical researchers have pointed out is the condition of the artificial turf that deteriorates over time and might need a closer inspection leading to the change of additional rubber chips. The addition of different colored SBR Turf Rubber Granules helps maintain the overall playing conditions that might affect the injury rate in the longer run. The ability of the SBR turf to withstand the impact and uphold the resistance helps to counter the injuries that wouldn’t have been possible in cases where natural grass is used as the main playing surface.

The injury rates in different quarters remain identical during several football games, but there was a major decrease noticed after the use of SBR Turf Rubber on various occasions. The rubber provides the balance that is required to manage the motion and fast-moving action on the field. There are several types of research that indicate a common consensus how artificial turf has become a far safer option than natural soil, which offers absolutely no option against a fall and might be a reason behind some major fatal injuries during the practice and routine games.

Extensive research that prompted in the global market back in the year 2005 suggested no visible impact of the SBR rubber on the environment as well as on the health-related matters making it a safe substitute to the natural grass, which was known to be the main contributor to the field-related injuries sustained by players of all age groups. The wide use of the SBR material not only minimized the injuries but provided a medium to conduct different sports activities without any potential hazards.

The injuries such as muscle strains and ankle-related issues saw a massive decline as the solid surface provides better grip than the natural soil, which posed a direct threat to the participants of different games. The action that took place on the artificial playing surface was relatively safer and smoother than the one that took place on a muddy surface back in the day.  The results that different global researches suggest labeling the artificial turf and SBR rubber a safe alternative than other counterparts, although many suggest continuously monitoring of the surface because of the changing conditions that might affect the overall playing environment.

There has been a lot of noise lately about different risk factors related to the use of the recycled rubber, but in reality, that’s not the case. A Turf Council board member, Davis Lee, suggests that there hasn’t been any physical or environmental threat related to the rubber used beneath the surface of the turf. The balance that the turf offers although has minimized the potential threat of different types of strains and muscle-related problems that were a norm back in the 1960s.

There were no data of any sort of breathing issues among the participants that took part in different playing activities that occur on the artificial turf. There is no valid evidence of the rubber residue being the reason behind any kind of respiratory problems. There were no findings that suggest that there are any pieces of evidence that offers brief details about the residue of recycled rubber causing any harm to the breathing of any of the players that are involved in different playing sessions.

Different testing procedures took place about the presence of any chemical substance on the surface. There was the involvement of a little concentrated lead material, but no other harmful chemicals were found. It’s a common consensus that the use of SBR rubber is a safe method to retain the functionality of the artificial turf, but whatever chemical properties it might possess are not a direct threat to human life. The big names in the industry have cited that there is clear evidence that rubber crumb is extremely safe, and even the researchers agree that there are no harmful chemicals involved other than a slight quantity of lead on the surface. The researches from different top-rated institutions indicate the fact that There was no notable effect on health due to the inhalation of VOC and aldehydes emitted by artificial turf surfaces.